Records continued to fall this week as the S&P 500 broke its previous all-time record high of 3025.86 – not once, but three times. The record setting run was driven by the Fed striking the right tone with markets on Wednesday following its FOMC meeting. The central bank not only lowered rates 0.25% once again, but it also pledged to keep rates low for the foreseeable future. At the same time, the Fed declared that it stands ready to provide further support to the economy as needed. Also fueling optimism on the Street was an early read on Q3 2019 GDP, which showed U.S. economic growth holding steady while an upbeat jobs report managed to defy ongoing U.S.-China trade tensions. The bounty of positive news helped offset a sluggish ISM Manufacturing report. For the week, the S&P 500 rose 1.47% to a new record high of 3066.91.

Oddsmakers notched another win this week, correctly predicting the Federal Reserve’s 0.25% interest rate cut. This was the third rate cut for the central bank this year which lowered the benchmark funds rate to a range of 1.50% to 1.75%. The Fed signaled it was done with cutting rates for the time being as economic activity continues to rise at a modest pace and the labor market remains strong. Markets took the news in stride as the central bank went on to say it will continue to keep interest rates low until it sees a sustained and significant uptick in inflation. With the Fed’s preferred inflation gauge, the core personal consumption index, up a mere 1.70% over the past twelve months, inflation remains well short of the central bank’s 2.00% target level. This suggests interest rates will remain low for a significant period of time.

The U.S. economy continued to expand at a modest pace in the third quarter. U.S. GDP rose 1.90%, besting estimates of 1.60% growth. That remains relatively in line with Q2 2019 GDP growth of 2.00%. Growth in the third quarter was driven once again by the consumer, who’s spending increased 2.90%. Residential investment, which rose 5.10%, also contributed to growth, boosted by lower mortgage rates which have helped spur more demand and homebuilding activity. The healthy consumer spending numbers, which account for two-thirds of the economy, helped to offset weakness in business spending, which has grown increasingly cautious as the U.S.-China trade war has dragged on. The ISM Manufacturing Survey for October reinforced the weakness in the manufacturing sector, showing that the sector remained in recession at 48.3, below the 50 level which indicates expansion.

Nonfarm payrolls rose 128,000 in October, crushing estimates of 75,000 new jobs. The upbeat news didn’t stop there as August’s initial payroll numbers were revised to show 219,000 jobs were added during the month. That was up sharply from the previously reported 168,000. September’s payroll figures also got a boost, upwardly revised to 180,000 from a previously reported 136,000. The jobless rate ticked up to 3.60% from 3.50%, which is a whisper above its lowest levels in 50 years. The much-followed wage figure showed workers got a nice boost in their paychecks with wages up 3.00% from a year ago. The nonfarm payroll figure was surprisingly strong as it coincided with the GM autoworkers’ strike. Striking workers who do not receive a paycheck during the payrolls survey are considered unemployed for statistical purposes. Excluding the striking workers, manufacturing would have actually posted an increase in hiring during the month. The strength of Friday’s report removed a lot of uncertainty as to whether or not the labor market peaked out. Clearly it hadn’t.

October is known to be a spooky month for markets but that was not the case this year. The Fed cut rates and soothed investor concerns, earnings beat expectations, and recent GDP growth and jobs data both point to a sustained or slightly improved outlook. Even better is the fact that wages are now consistently rising as we head into the busy holiday shopping season. October may have started with some terror, with the S&P 500 declining nearly 3.00% over the month’s first two trading days, but it managed to end with a scream by breaking all-time highs and treating investors to a 2.17% gain.

The Institute for Supply Management releases its latest report on the U.S. services sector while the Bureau of Economic Analysis reports on international trade. In overseas action, the Eurozone releases manufacturing figures. 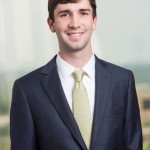 We love a good celebration, and we are happy to share that this week marks the five year service anniversary of Holman Moores. Holman joined our firm in November 2014 and earned his Certified Financial Planner® designation in 2017. He grew up in Memphis, TN and is a graduate of Texas Christian University in Fort Worth. While in college, Holman spent summers working the professional golf circuit as a spotter for CBS where he would walk the fairways during tournaments and communicate ball location, yardage, and players’ choice of clubs back to the television and radio broadcast crews. His most exciting tournament was the PGA Championship in 2014 when Rory McIlroy won the title with just a one-stroke lead ahead of runner-up Phil Mickelson.

While in middle school, Holman earned the highest achievement attainable in the Boy Scouts of America program. Since the program’s inception in 1911, only 4% of Scouts have earned the rank of Eagle Scout which requires a rigorous and lengthy process where Scouts must earn 21 different merit badges, serve in a leadership position, complete an Eagle service project, obtain letters of recommendation, pass a rigorous board of review, and much more. Eagle Scouts commit to living by the Scout Oath and Law and to upholding characteristics such as being honest, loyal, helpful, friendly, courteous, kind, and reverent. We think these traits have served him well in his career.

Holman was drawn to financial planning and wealth management because he enjoys sharing his knowledge with clients and helping them make informed decisions about their financial lives. He loves helping clients achieve their financial goals. Holman believes a good financial planner is trustworthy, and he strives to be the trusted advisor that clients and their families can rely on for advice and guidance.

Outside of work, Holman is a volunteer with Big Brothers Big Sisters. This past March, Holman and his wife Morgan were married in Houston and enjoyed a beautiful reception in the backyard of Morgan’s childhood home. Mr. and Mrs. Moores recently moved to the Uptown neighborhood of Dallas. Holman’s Eagle Scout roots run deep, and he still has a great love of being outdoors and helping others. He said he applies the lessons he learned from his Boy Scout days to daily life, including leadership, serving others, and the virtue of character. We bet he makes a great campfire as well, and we look forward to working alongside Holman for many more years to come. 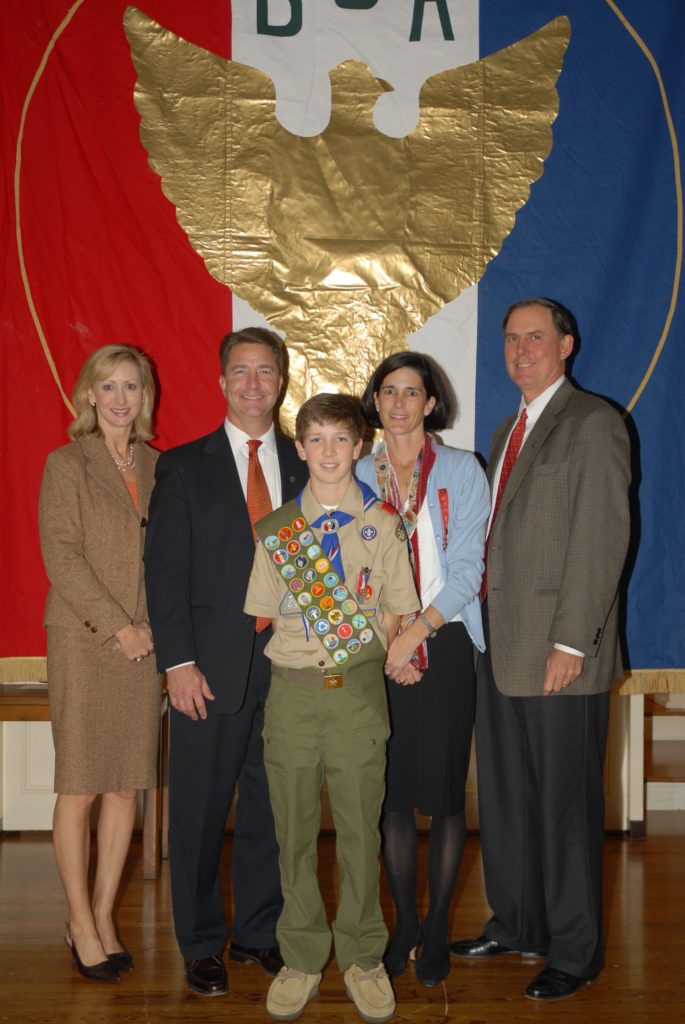