Despite slipping earlier in the week on U.S.-Iran tensions, bulls regrouped to push the Dow Jones Industrial Average to its second all-time record high of the year. The move higher was driven by easing tensions between the U.S. and Iran and positive corporate news. After tensions erupted in response to last week’s U.S. airstrike which killed a top Iranian General and retaliatory attacks from Iran on U.S. troops in Iraq this week, both sides signaled a willingness to negotiate. The de-escalation of tensions helped pave the way for positive corporate developments to lift the Dow to a record high on Thursday. Apple led the charge, hitting a record high on Chinese government data which showed iPhone sales rising 18% in December. Chipmaker Microchip Technology also lifted investor sentiment on the chip sector as it lifted Q4 2019 sales guidance, noting high demand for its products from all major geographies including the U.S., Europe, and Asia. The news spurred hopes that business spending is back on track after last year’s U.S.-China trade war led global companies to cut back on spending. In economic news, markets largely shook off the December jobs report while the ISM Non-Manufacturing Index showed the services industry had continued gains. For the week, the Dow Jones Industrial Average added 1.13%.

Nonfarm payrolls rose 145,000 in December, missing estimates of 160,000. The retail and hospitality industries notched the biggest gains as businesses increased hiring for the holiday season, with each adding more than 40,000 positions during the month. Meanwhile, manufacturing and transportation and warehousing remained drags on payroll growth as 12,000 and 10,400 jobs were shed, respectively. While payroll growth missed the mark, the unemployment rate held steady at 3.50%. As for the much watched wage growth number, it registered a 2.90% increase from the year ago period. That’s relatively in line with December’s 3.10% year-over-year increase. Although the jobs report was softer than expected, 2019 as a whole proved to be particularly strong despite the on-going U.S.-China trade war which hit the manufacturing sector particularly hard. With the U.S. and China set to sign a Phase 1 trade deal next week, manufacturers look primed to boost their payrolls in 2020.

The ISM Non-Manufacturing Index continued to expand in December, rising to 55 from 53.9 in November. Numbers above 50 indicate expansion in the services industry, while numbers below 50 indicate contraction. Business activity posted healthy gains, rising 5.6 points to 57.2 in December. Meanwhile, employment eased 0.3 points to 55.2. The drop in employment was due to businesses not finding qualified candidates to fill positions in some fields, particularly in trucking. A lack of qualified candidates also helps to partially explain weak December payroll gains. Overall, the services industry remains the stalwart of the U.S. economy as businesses are primarily domestically based, leaving them largely insulated from the effects of the U.S.-China trade war.

Investors ended the year on a high note with the Dow Jones Industrial Average finishing up 22.20%. Such a strong gain has led investors to wonder if stocks in 2020 can add to their 2019 gains. Although we don’t expect another 20%+ gain for stocks this year, the year looks promising. The U.S. and China have largely come to an agreement on trade and are set to sign their Phase 1 trade agreement next week. The move should help inspire confidence in the C-suite to boost their capital spending in the year ahead. Although U.S. and China relations appear to be on the mend, geopolitical tensions still look like they will swing markets at least in the short-term as evidenced this past week from U.S. and Iran tensions. In an encouraging sign for markets, cooler heads seem to have prevailed, paving the way for a truce and for markets to focus on a potential rebound in global growth. Chinese consumer spending on Apple products and Microchip’s announcement of higher global chip demand are encouraging signs for consumer and business spending. With the Q4 2019 corporate earnings season set to kick off next week and the U.S. and China signing off on a Phase 1 trade deal, investors should get increased clarity on 2020 corporate spending plans and whether that can lift stocks to another strong year.

The Q4 2019 earnings season kicks off with reports from finance and industrial names. Next week also brings our first read on holiday spending as December retail sales results are released. 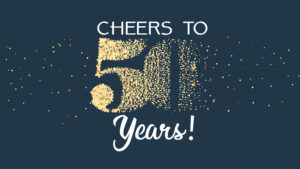 We’d like to tip our hat to an amazing individual and friend who has just celebrated an incredible 50 years of providing financial advice and guidance to families young and old, business owners, retirees, and everyone in between. Shirley Donnell started a financial services business in 1970 in Wichita Falls, TX, and met Buddy Ozanne, the founder of Probity Advisors, Inc., at an industry conference in the 1990s. Buddy and Shirley quickly formed a friendship and discovered a shared devotion to solving one of the industry’s challenges, which was to move beyond the sales model of the Wall Street wirehouses to a fiduciary model based on the realization that clients needed help managing all of the complexities of their financial lives and needed a trusted advisor to guide them. Shirley and Buddy’s friendship grew into a business relationship that leveraged Probity’s investment expertise to provide holistic, customized planning and wealth management to Shirley’s clients. 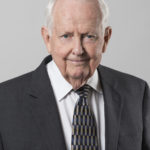 Today, Shirley Donnell is part of the Ozanne family enterprise, offering Probity’s financial services to families and individuals in Wichita Falls, TX. At Shirley’s golden anniversary celebration last week, Buddy noted the positive effect Shirley’s sound financial guidance has had on clients over the past five decades. Attendees at the celebration shared stories about how Shirley has helped them preserve and protect their family’s financial security, given them freedom from worry, and provided peace of mind knowing they can achieve a fulfilling and rewarding retirement.

At the age of 88, Shirley still comes to work every day to help his friends and clients achieve their financial goals. His genuine concern for the success and welfare of those he advises and the fact that Shirley has the heart of a servant are reasons Buddy considers him a hero.

Shirley’s accomplishments extend beyond his professional life. He has a passion for music and has directed his local symphony, performed with a choral group at Carnegie Hall, and sang with his church choir at Saint Patrick’s Cathedral in New York City. Shirley’s success and happiness throughout his tenured career is a great reminder to do what you love and take joy in serving others. He is an inspiration to all of us at Probity Advisors, Inc., and we hope you will join us in congratulating Shirley on his outstanding accolades.