The gloominess of March was cast aside as bulls took control of equity markets for the first trading week of the second quarter. Their optimism was spurred by whispers that the U.S. and China are close to settling their long running trade dispute and as manufacturing data painted a slightly improved economic picture globally. In the U.S., job growth rebounded strongly in March after falling flat in February. Meanwhile, investors cheered a strong upward revision to January’s retail sales figures, seemingly ignoring a weak showing in February. Overseas, China’s manufacturing sector expanded as Beijing’s stimulus measures appear to be taking root, helping boost domestic demand. The combination of positive developments on trade and the global economy encouraged investors to add to the S&P 500’s year-to-date return, which posted a 2.06% gain for the week.

Job growth bounced back strongly in March, with businesses adding 196,000 jobs to the payrolls. That figure was at the top of the consensus range and it was a welcomed sign after February’s weak showing of only 33,000 (upwardly revised from the initial 20,000 reported). The March jobs report also indicated that the unemployment rate held steady at 3.80%. Job gains were broad-based with 70,000 jobs added in the education and health services sector, 37,000 jobs created in professional and business services, and construction adding 16,000. The much-followed hourly earnings figure showed that wages grew 3.20% year-over-year(YOY). Although down slightly from February’s 3.40% year-over-year gain, this is still a healthy pace. Perhaps more importantly, the solid YOY figure does not appear to be accelerating all that significantly (+0.1% month-over-month), which was comforting to the market as it keeps the Fed on the sidelines. Overall, the jobs report allayed fears from February’s report and showed that the U.S. consumer should remain on solid footing.

Factories Start to Rev Back Up

Globally, manufacturers saw an improved environment in March. In the U.S., the Institute for Supply Management reported factory activity rose to 55.3 in March from 54.2 in February. Readings above 50 indicate expansion in the manufacturing sector while numbers below 50 indicate contraction. The reading was at the high end of estimates and increases in new orders, production, and employment all contributed to the rise in factory activity. The fundamental take-away from the report was that domestic, U.S. demand remains strong enough to offset an otherwise challenging export environment.

In China, their manufacturing sector appeared to turn a corner in March. The official, NBS Manufacturing PMI rose to 50.5 in March from 49.2 in February. The increase in factory activity was driven by a rise in production and new orders which helped the manufacturing sector climb back into expansion territory. In a separate, related reading, IHS Markit’s composite PMI for China (covering both manufacturing and services) confirmed the improved business conditions, by posting its fastest acceleration since mid-2014. Throughout Q1 2019, concern had been growing that the Chinese economy was about to reach a critical inflection point, and these reports, in conjunction with some of the week’s friendly political rhetoric on the trade front, were the first really good pieces of news for China in quite some time.

The Commerce Department reported that February retail sales fell -0.20%, missing estimates for a 0.30% increase. Excluding autos, sales fell an even worse, -0.40% for the month. Investors were quick to brush off February results, however, opting to instead focus on the sharp upward revision to January retail sales. Sales for January were revised higher to 0.70% from an initially reported 0.20% increase. Excluding autos, retail sales increased a very robust 1.40% for the month, driven by a 4.50% rise in online sales and a 5.20% rise in sporting goods, hobby, musical instrument, and book stores. January and February are very tough months to gauge simply because they are low volume months that are easily impacted by one-time items such as storms, or in the case this year, a government shutdown. This week, the market chose to find a silver lining in January’s revision, and perhaps along those lines, while retail sales have not been as strong as what we’d want to see recently (particularly during the holiday period), the job and wage data indicate the consumer has the capacity to spend. With tax refunds and better weather ahead, hopes for some acceleration in consumer spending are probably reasonable.

This week’s crop of economic reports was better than what we’ve been seeing recently, putting investors in a bullish mood. All the positivity managed to spill over to the Atlanta Fed, which shed its seasonal affective disorder on Tuesday to now find itself afflicted by a case of Spring Fever. According to their GDPNow forecasting model, the Atlanta Fed presently estimates Q1 2019 GDP will rise 2.10% (annualized basis). That’s up sharply from its forecast of 0.30% at the beginning of March. Who says economists aren’t optimists? Kidding aside, there is something to be said about the change in the weather leading to a change in investor and consumer attitudes. April tends to be a pretty good month for markets on average. Holiday-related, economic frontloading gets burned off, weather related frictions abate, data becomes more consistent – things just get back to normal, and normal for the U.S. economy tends to be in the 2.00%-2.25% range nowadays. Take that, with a potential trade deal, and a pause in interest rate hikes for the remainder of the year, and you get a market for whom hope springs eternal.

It’s a light week for U.S. economic news with reports on consumer and producer prices being the highlight of the week. Overseas, China reports on trade.

How to De-Risk Your Financial Life 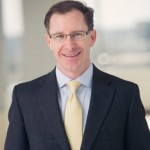 According the Federal Reserve’s Report on the Economic Well-Being of U.S. Households released last year, 40% of Americans do not have enough savings to cover a $400 emergency expense. The recent government shutdown underscored just how tenuous many Americans’ financial lives are when roughly 800,000 government workers were furloughed without pay. It’s important for everyone to be prepared for unexpected events, such as the loss of a job, a divorce, a medical or mental disability that affects your ability to work, the death of a spouse, or a large unanticipated expense such as a major household repair or car repair. One of our advisors, Whitney Magers, CFP®, shares the strategies below with clients to help them prepare for life’s emergencies in order to help ensure they can weather whatever may come their way without derailing their financial lives.

In the event of an emergency, I advise clients to ensure that loved ones know where to look and who to call — such as a trusted advisor — to gather important financial documents and critical personal, household, and medical information. Heirs will need to be able to access your will, life insurance policy, power of attorney, living will, and medical power of attorney. If your heirs don’t know about savings and retirement accounts you may have, they can’t claim them. Make sure loved ones know where to find these important documents or who to call in the event of a catastrophic event.

Set aside a liquid cash fund to have on hand in the event of an emergency that can cover living expenses or any large, unforeseen bills that are too high to pay out of your regular monthly income. While the amount of cash varies by individual and by family, I generally advise clients keep an amount equivalent to three to six months of living expenses for dual-income earners. If you are in a single-earner household, you might need to save six months or more in a rainy day fund. Some of the money can be kept at home in a safe place and the remainder should be at a bank in a savings account that is readily accessible. If you were to become seriously ill or injured, having cash available for your spouse or family members to cover expenses can make the difficult times a bit easier. It can bring stability and predictability to your financial life and give everyone peace of mind.

3. Have Insurance to Prepare for Life’s Curve Balls

To avoid having your financial well-being overturned by unexpected events, make sure you have adequate insurance in place. Key types of insurance to consider are property and casualty, health, disability, and life insurance. All of these play an important role protecting your financial security. Periodic reviews of your insurance policies are necessary to ensure that your coverage is appropriate throughout the different stages in your life.

Preparing for events we hope will never happen is not something most people want to think about, but planning ahead can make all the difference.