First quarter earnings and a surprisingly strong Q1 2019 GDP led the S&P 500 and NASDAQ to record closing highs this week. Earnings beats from tech titans Microsoft and Amazon were among the more notable quarterly earnings reports, contributing to what is now expected to be a 1.90% growth rate in the S&P 500’s Q1 earnings overall. In other positive economic news, a jump in new home sales helped to offset weakness in existing home sales. The market’s concerns from the fourth quarter have vanished as quickly as they appeared, with the S&P 500 tacking on an additional 1.20% weekly gain to its yearly total.

Microsoft and Amazon continued to battle it out for the title of most valuable tech company on the Street. This week, both reported earnings that beat analyst estimates. Microsoft reported earnings of $1.14 a share, topping estimates of $1.00 a share. Revenue rose 14% to $30.6 billion, exceeding estimates of $29.84 billion. The cloud-computing business, which accounts for nearly a third of sales, grew 41% in the quarter to $9.6 billion. Azure, which rents out computing power to business clients, posted year-over-year (yoy) revenue growth of 73%. Even the legacy Windows business got in on the action, increasing sales 9.00% yoy. Amazon, for its part, also reported earnings that beat the Street. Earnings per share for the quarter were $7.09 vs. estimates of $4.72. Although the company’s cloud services sales growth trailed Microsoft, it still managed growth of 41% and maintained its title as top cloud service provider. Despite the earnings beat, investors were more impressed by the company’s announcement that it planned to offer free one-day shipping to all Prime members. The move is considered a game-changer, raising the bar for other retailers to match or run the risk of losing sales to Amazon’s e-commerce business.

Sorting through the various economic reports over the last several weeks, it was clear that the U.S. economy was still expanding despite some mixed signals and various global headwinds. Those reports, however, supplied little evidence of what the Bureau of Economic Analysis’ report on U.S. GDP had in store. Friday’s announcement showed that the US economy expanded 3.20% in Q1, handily beating estimates of 2.50%. That print was the economy’s best first quarter showing in four years. Leading the upside was a rise in inventory investment, an increase in exports, and a drop in imports which combined for a 1.70% increase in GDP. Consumer spending, which accounts for two-thirds of the economy, also rose during the quarter, up 1.20% as an increase in spending on services and nondurable goods offset a decline in spending on durable goods. The report was notable for its strong beat despite considerable headwinds from a partial federal government shutdown, the on-going U.S.-China trade battle which has slowed global economic growth, a rough batch of winter weather, and a generally pessimistic outlook at the start of the year. The strong GDP reading has pushed the nearest term U.S. recession estimates out to the 2020-2021 timeframe, giving the market more runway.

Homebuilders posted a strong start to the Spring homebuying season. Purchases of newly built single-family homes in March rose 4.50% to a seasonally adjusted annual rate of 692,000. Year-over-year, sales were up 3.00%. Strength was broad-based with sales gains in all U.S. regions but the Northeast. New home sales helped to offset weakness in the broader existing home sales market which has been plagued by higher prices due to tight inventories. In March, existing home sales fell -4.90% to a seasonally adjusted annual rate of 5.21 million. Home prices rose 3.80% from a year ago to a median price of $259,000 with inventory of 3.9 months which was up from February’s 3.6 month supply. Still, inventory levels remain well below the six-to-seven-month supply considered a healthy balance between supply and demand. Going forward, the homebuying market has some positive tailwinds working in its favor including a strong labor market and low mortgage rates.

It was another winning week for the market as companies handily beat the relatively low bar set for corporate earnings coming into the Q1 2019 season and as U.S. GDP smashed its estimates. The S&P 500 has made a remarkable recovery from its Q4 2018 low, closing Friday at record highs. Near term, valuations are now the major obstacle for investors. The S&P 500 trades at the higher end of “comfortable”, now being priced at 18x estimated 12 months operating earnings. Much of the good news seems to have already been priced in from a U.S.-China trade deal, and with GDP stronger than expected, it will be very interesting to see if the Fed will reverse course on the accommodative tone that sparked this rebound in the first place. The FOMC meets on Wednesday and the press conference that follows will be one to watch.

A big week for the markets as the Fed holds its Federal Open Market Committee meeting. We’ll also have the latest on nonfarm payrolls and manufacturing. 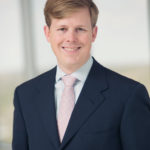 Probity Advisors, Inc. is excited to share the news that Adam Bronson has successfully fulfilled the requirements of the Certified Financial Planner® (CFP®) Program and earned his CFP® designation, a recognized standard of excellence for financial planning professionals. Individuals who have earned this credential have passed the CFP® Certification Examination covering the following areas: the financial planning process, risk management, investments, tax planning and management, retirement and employee benefits, and estate planning. CFP® professionals also commit to fulfilling ongoing continuing education requirements and upholding the CFP Board’s Code of Ethics which includes adhering to principles of integrity, objectivity, competence, fairness, confidentiality, professionalism, and diligence. Many people think all financial planners are “certified,” however, only those who have fulfilled the requirements outlined above hold the CFP® certification. Adam joins the ranks of four other CFP® professionals in our office, including Tyler Ozanne, Candace Cuniberti, Whitney Magers, and Holman Moores who earned their CFP® designations in 2006, 2013, 2015, and 2017 respectively.

The CFP® certification is recognized as the highest standard for financial planners. It demonstrates an advisor’s deep knowledge and commitment to helping clients build secure financial foundations and achieve financial goals. Adam previously earned the Chartered Financial Analyst® designation in 2005, which is widely considered to be the most esteemed credential for investment professionals. Relatively few advisors hold the combination of both the CFP® Certificate and the CFA® Charter. With this elite combination, Adam hopes to be able to better fulfill Probity’s mission of providing holistic financial advice to individuals and families.

We hope you will join us in applauding Adam’s commitment to continuing professional education and to successfully achieving another rigorous financial industry credential.